I called a month ahead in the hope of getting a dinner reservation and the earliest slot they had was at 10:00PM which is way too late for me.  Since we could not get in for Dinner I had to change my plan and settle for lunch instead.

Le Bernardin is also a three Michelin stars and it is currently ranked #19 on the 2013 top 50 restaurant in the world.

Éric Ripert is the executive chef at le Bernardin since 1994 and under his helm Le Bernardin has been ranked among the best restaurants in the world for 8 consecutive years.  Ripert is a French chef and has become somewhat of a celebrity chef in his own right by writing three cookbooks and he is also television personality specializing in modern French cuisine and renowned for his work with seafood.  He is a good friend of Anthony Bourdain and can be seeing traveling, eating together and having great fun. 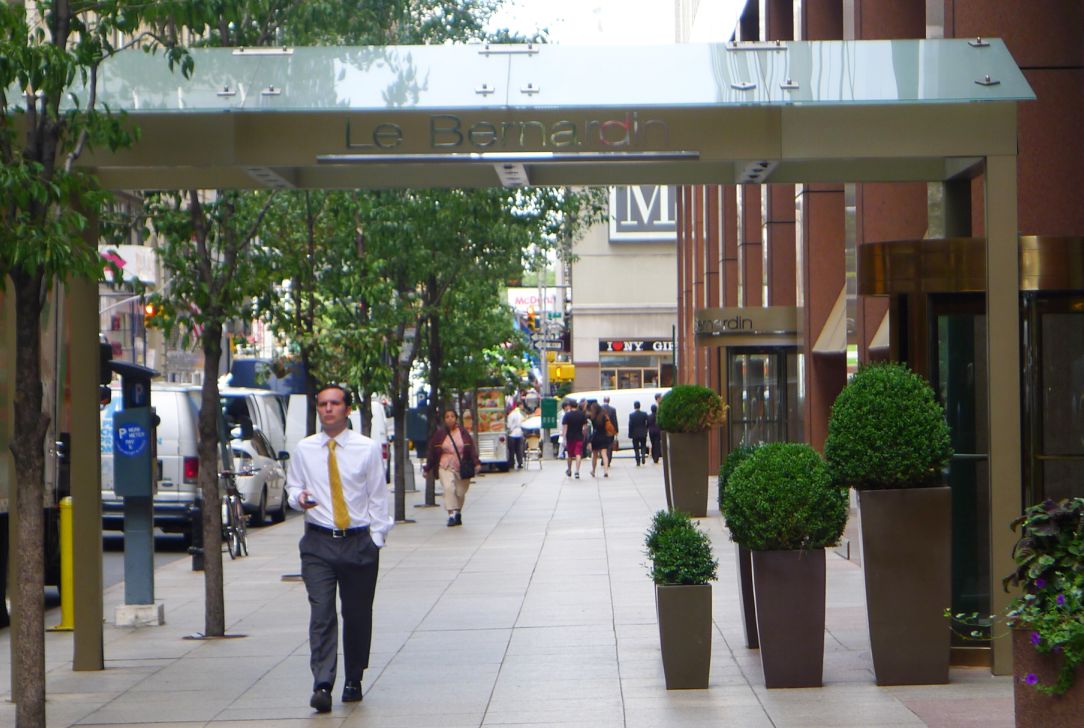 Le Bernardin is located on the ground floor of The Equitable Center building in midtown Manhattan. 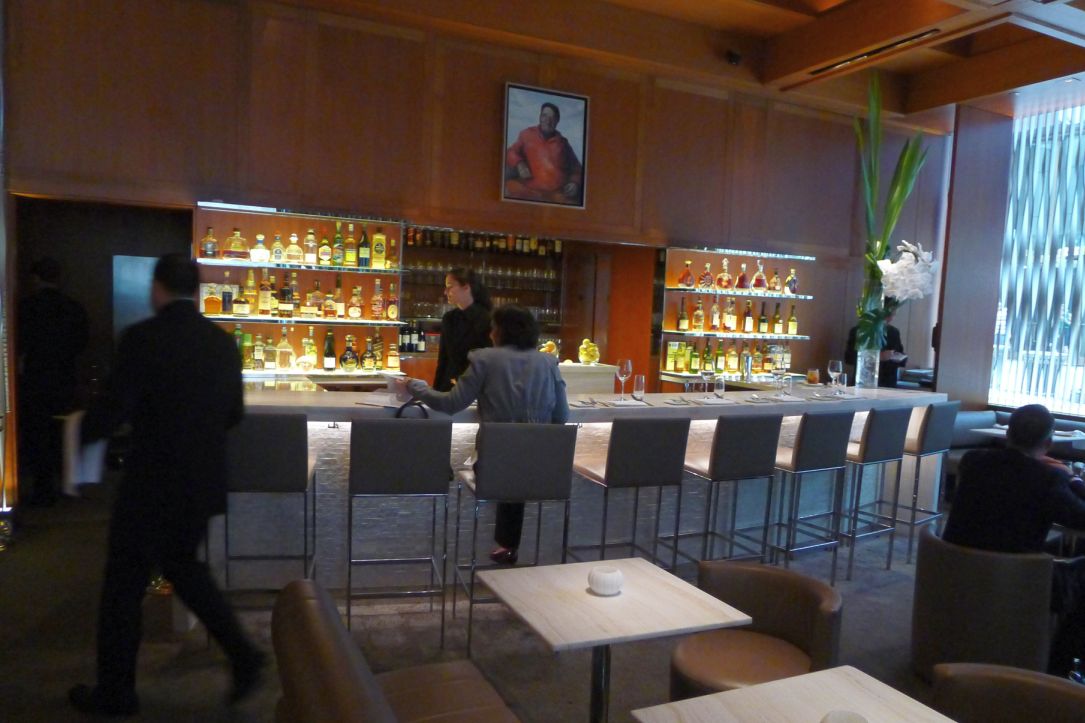 As you walk in the restaurant you see the bar/lounge.   The bar looks comfortable with one wall and floor-to-ceiling windows looking out on the street (right of picture).

The restaurant was remodeled in 2011 and won the “Best Restaurant Design” in 2012. You can stop by at the bar/lounge a without a reservation for appetizers and cocktail but I was told arrive early or the place is usually full by 8:00PM.  The real draw is a revamped cocktail menu and an a la carte lounge menu that is really affordable. And nearly every dish with the exception of the salmon "croque monsieur" that can barely contain its overflowing caviar is under $20.

The lounge is a chance to experience the dinning experience at Le Bernardin without the commitment of a full meal and you will not break your wallet. 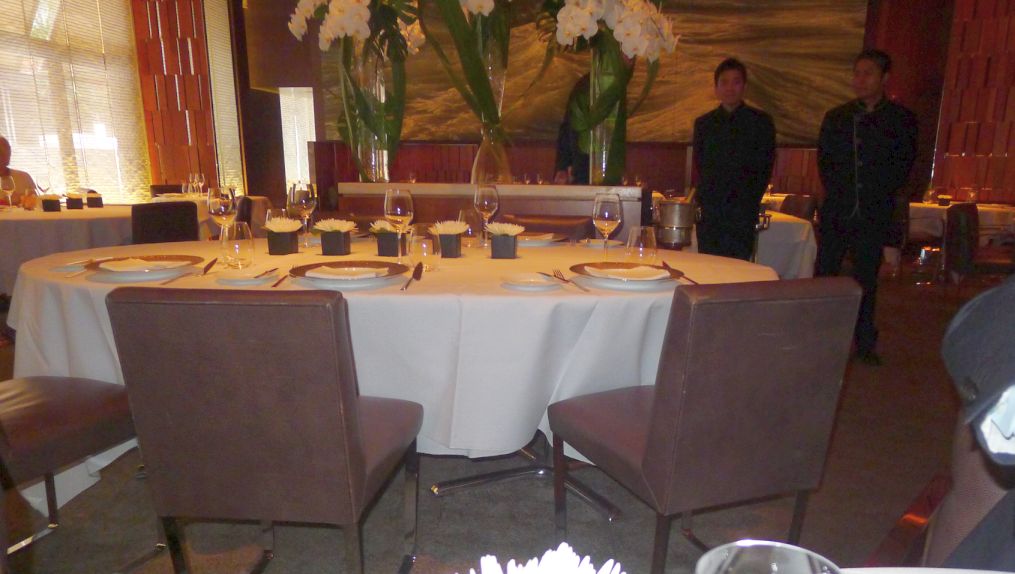 We are now in the dinning room.  All the men are required to wear a jacket, if you don't have one they will loan you one.

The dinning room is a single large room, with private dining rooms in the next room.

We were seated in the middle of the room and not far from our table is a large dinning table for 6 and further we could see  a beautiful towering botanical arrangements that dominate the center of the restaurant.

The restaurant open at Noon and we were one of the few first customers to arrive.

An  assortment of 6 or 7 type pf breads were offered and I selected a few.  The baguette was really good. 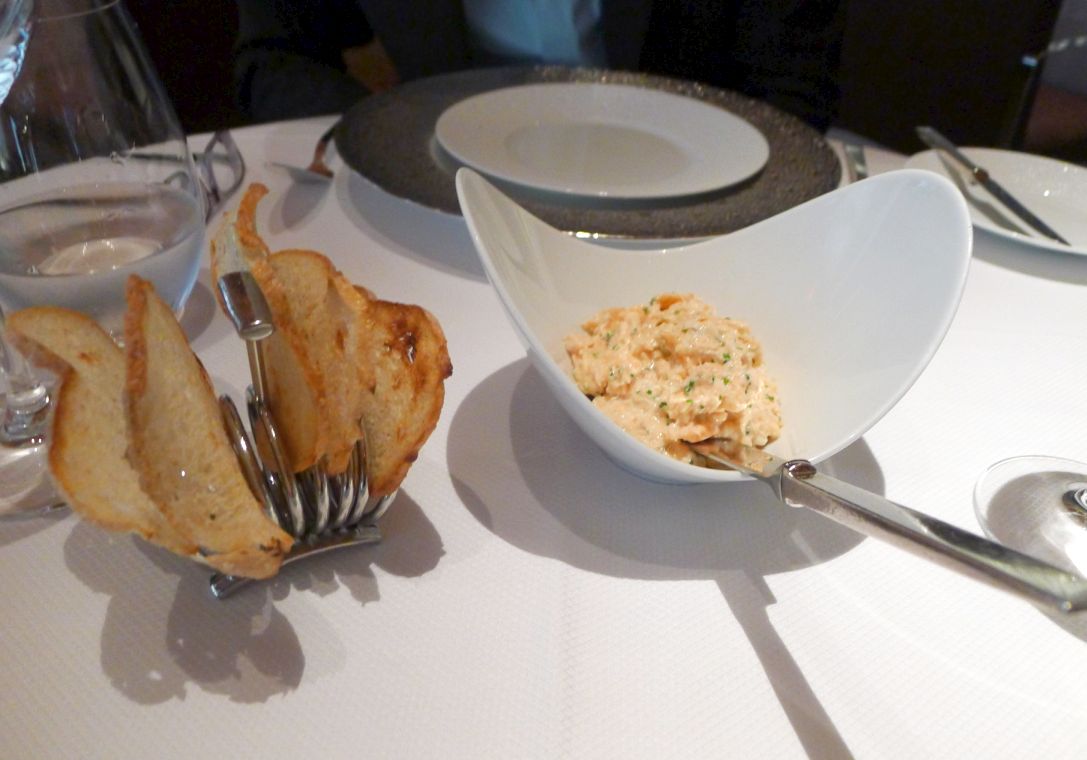 Amuse bouche compliment of the house is a Salmon Rillette with Toast.

The Salmon Rillette is a combination of lightly cooked salmon and raw cured smoked salmon whipped together and bound with a creamy mayonnaise and chives.

The portion was very generous.  The Salmon rillette was delicious with wafer-thin croutons. 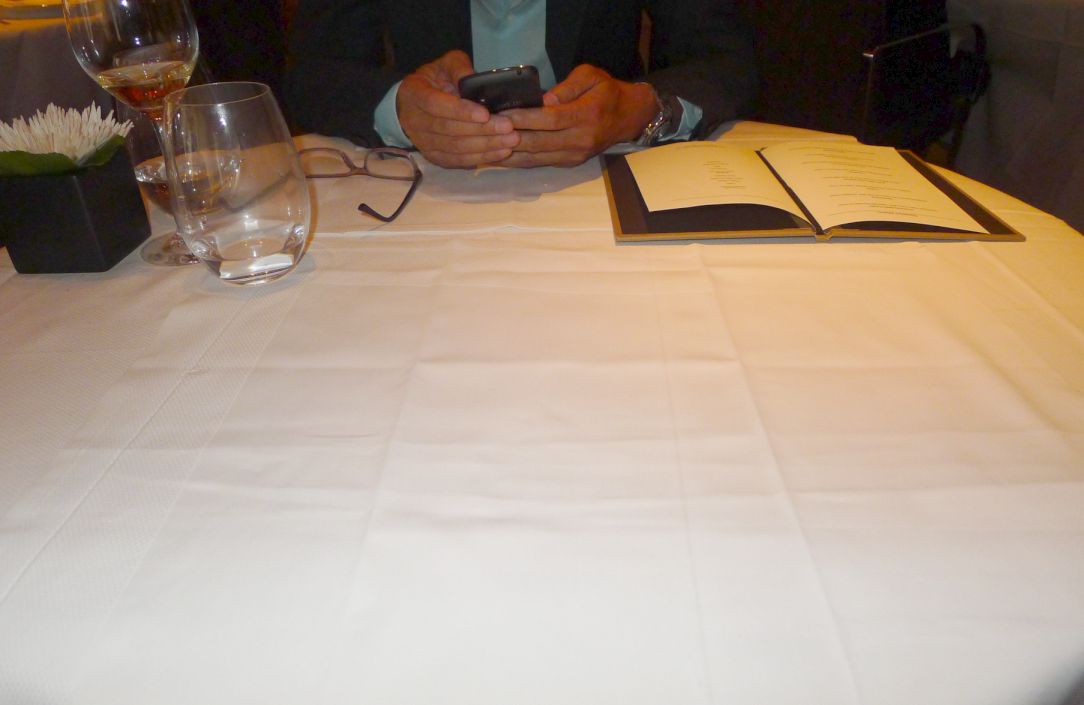 I was so surprised to see that they put a fresh white cloth on top to cover it up so the tablecloth looks fresh and spotless.  Pretty amazing right!